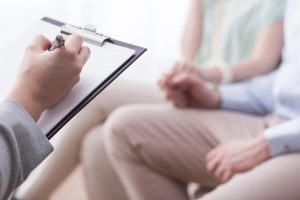 Couples whose relationship is in trouble are scared and desperate for help, but they are also worried. Just the other day a couple came in to see me and said, “We’re really scared to start marriage counseling because we’ve heard that people break up when they go into counseling. And we don’t want to break up.” They were also concerned because it can be so expensive.

Part of the problem comes from waiting too long to look for help. Unfortunately the average couple waits six miserable years before coming in for help. The clock starts ticking once a relationship is emotionally painful. So when couples wait too long for help, it is very difficult for marriage counseling to turn things around. It can be done, but it takes a lot of time and money.

It’s like getting a deep cut on your finger and waiting a couple of weeks to see the doctor. By the time you go in for help, the finger is infected, swollen and a lot more difficult to treat. It’s important to keep in mind that when you are having painful arguments that go nowhere and the two of you don’t seem to have fun anymore, it’s time to get help.

If you wait for years, there are changes that happen which make it very difficult to turn your relationship around. After years of painful arguments, couples start to think the worst about the each other. They say things like, “He doesn’t care about me and my feelings at all.” And “She must lie awake at night to think of ways of hurting me.”

I call this negative mind set. When you start to question your partner’s motives and expect the worst, it is hard to shift and start moving in the right direction. You need to get help with marriage counseling or start making changes before things get too bad.

But in the majority of relationships the husband fights because he has to win every argument. In that case EFT doesn’t work. The bottom line is this, marriage counseling can help some couples, but for the most part it is still ineffective.

So what does work?

There have been some real advances in research into what gets a relationship to work. Some of the major discoveries about successful couples are:

They have fun together.

It may seem like I have just said a lot about arguments, and that’s the big discovery. Couples who disagree and even loud arguments can be successful as long as they know how to keep them from getting out of hand. The fact is that couples who know how to handle an argument are much more likely to stay together and have a happy, loving relationship.

We know so much more now about how to have a great marriage. So why is there still a 50% divorce rate? The answer is that the books and help based on these new discoveries are complicated, difficult to understand and don’t get down to the real problem.

Those who are stuck in trying to win may try to calm themselves down as the latest research suggests, but they still go back to trying to win the argument. And that leads to insults, personal attacks and frustration because they so rarely resolve their differences.

Successful couples may argue a lot at the beginning of working on a conflict, but they eventually shift to working on the problem together. And that’s the big difference. Whatever their differences may be, they understand and believe that they are on the same team and end up facing problems together.

So the answer is yes marriage counseling can work, but the best approach is to keep your relationship on track or get it back on track before you’ve done too much damage. My books and courses are set up to help couples make changes while it’s still easy before they need marriage counseling. And what’s even better, my approach is clear, simple, easy to do and, last but not least, it’s fun!